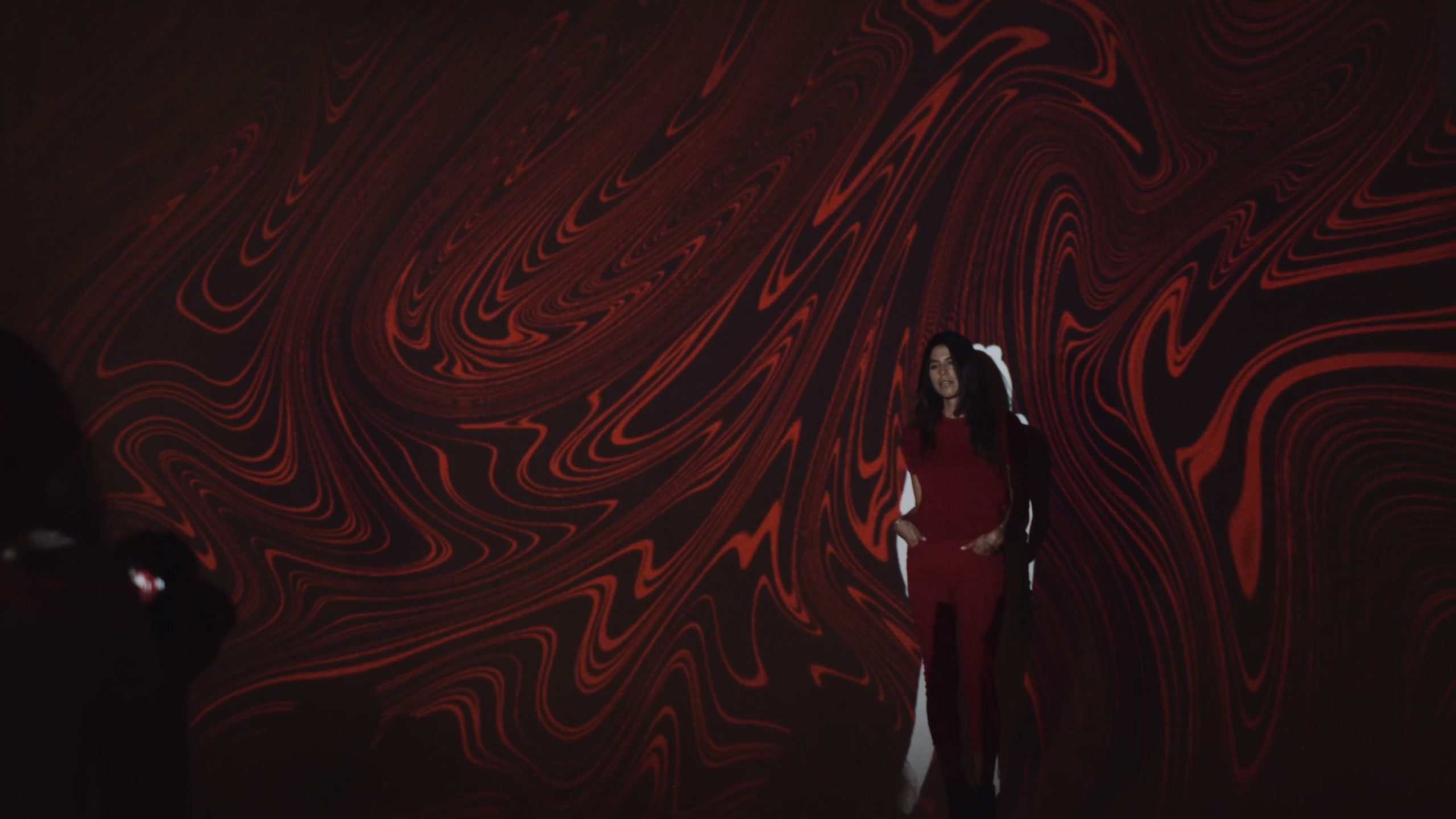 Self-Projection was a transformative art exhibit that we conceptualized and executed live in front of the Fort Lauderdale community during Artwalk in July of 2018. The idea for this exhibit involved melding live modeling with live illustrations drawn digitally and projected onto our cyc wall.

The entire display was done in freehand with no planning. Our team of graphic designers took turns on the drawing tablet, pulling inspiration from their surroundings. We wanted the energy of the audience and the approach of the models to inspire the illustrations. This organic meshing elevated the performance and inspired fantastic imagery that practically transformed the personality of the models.

Overall, we were inspired to show how art impacts perception and identity. The models had no idea what was being illustrated on the cyc wall, which made their movements all the more natural and seductive.

It was not long until our models were replaced by audience members who wanted to take over the stage. This was an exciting turn of events that we didn’t plan for or encourage. And that just made the outcome that much more fantastic.

“Where the spirit does not work with the hand there is no art.”