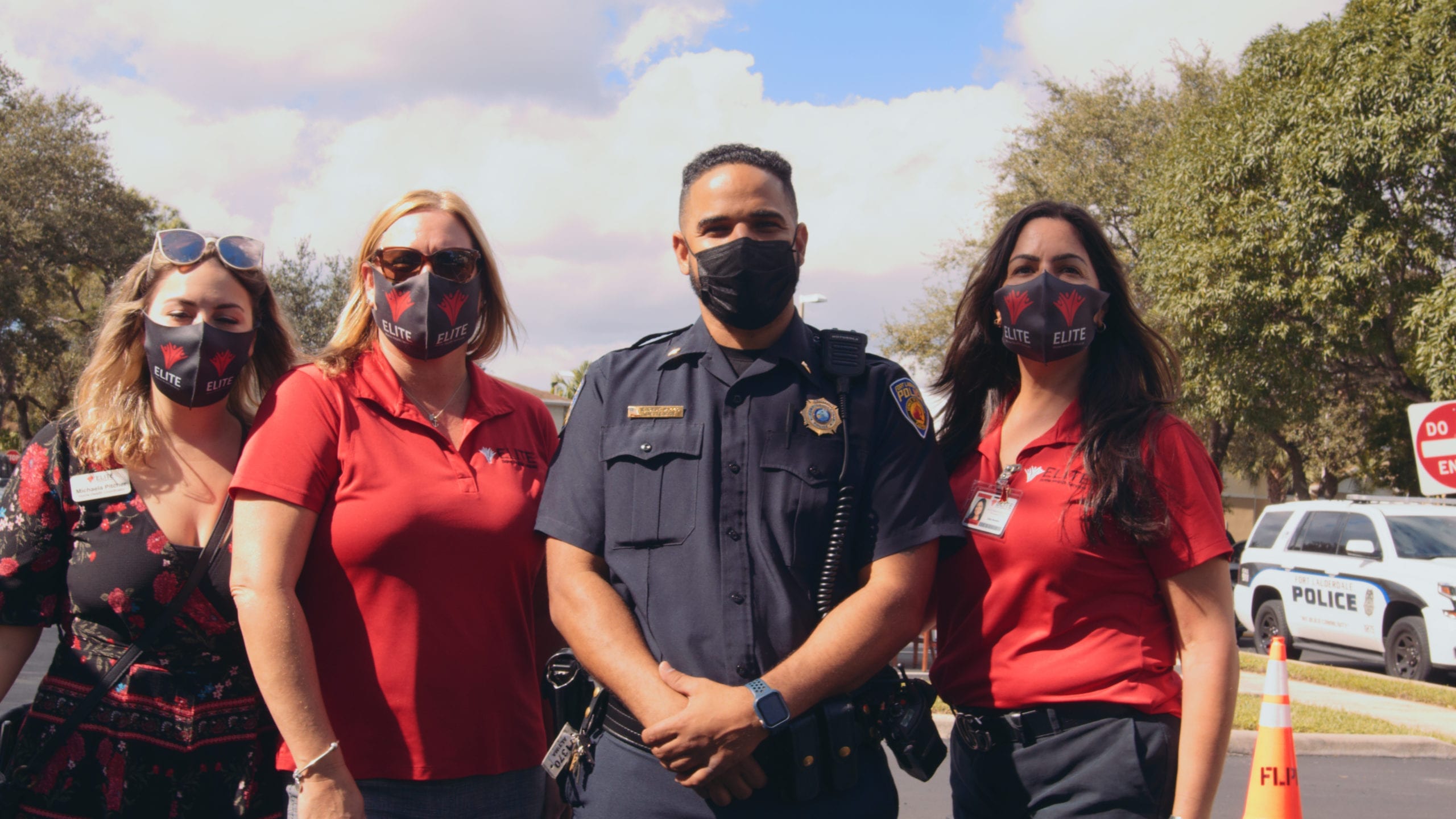 The Journey of Fraternal order of Police

Our goal with this project was to deliver an informative video, raise awareness, and build donations for the mission of the Fraternity Order of Police. We needed the video to evoke a sense of empathy from the viewer; seeing these officers act in such a selfless manner—to prompt the viewer to want to get involved and, hopefully, donate.

Capturing the gratitude and goodwill between the community members and their law enforcement officers was a great exercise in documentary-style video production techniques, involving on-your-feet improvisation and expert skill.

We were thrilled that this project came about during the time of the Turkey Drive, an annual initiative begun by the Fraternal Order of Police, in partnership with the Fort Lauderdale Black Police Officers Association, of delivering meals to underserved communities and families in need.

On the ground, our film crew worked its magic in capturing the event live while it happened. The action, the emotion, all candid and organic on film. Our RED camera systems following the boxed meals being passed from officer to officer in what is described by one as a “human chain,” serving a community reliant on these officers’ efforts as a means to feed their families for Thanksgiving.

Because it was a charitable organization, begun with the incentive of promoting community engagement, we emphasized showcasing the reactions of the community members themselves. We trained our lenses upon those live moments, during the distribution of Thanksgiving meals, to capture the pleasure, the gratitude on the faces of the community members, to immortalize the emotion of that day.

The stills we lifted from this video proved just as emotive as the video itself, thanks to the cinematic quality of our 8k camera systems. In the end, it was a film for which we, and the Fraternal Order of Police, felt incredible pride.