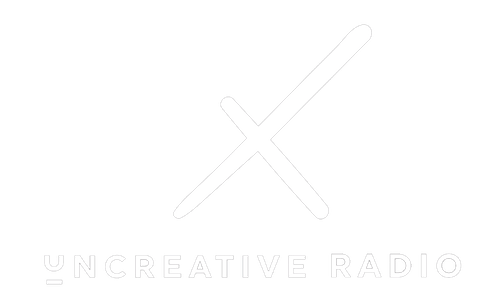 "Here's the agonizing truth about the world we must endure..."

We’re on Uncreative Radio with Tunde Ogunlana in Fort Lauderdale!

One of the underlying features defining this era of the 21st century is division. The use of division as a political, corporate, and activist tactic has given rise to nasty behavior. Violence in the form of mass shootings and white supremacy being some of the most severe. But what if division has given rise to something more wicked? What if division has given cynicism a platform to advance, and what if that cynicism is targeted at humanity as a state of being?

Tunde Ogunlana instigates interesting perspectives on Episode 15 of Uncreative Radio. He has been analyzing humanity’s track record on division, violence, and dehumanizing behavior and is now drawing certain conclusions. And, looking even deeper, he explains how humanity’s tragic behavior has manifested into another troubling outlet for escape: suicide.

In Episode 15, Tunde explains that we are not just living in a toxic world. We are enduring one.

Yes, there are those fighting for change. But there are still too many people clinging to their cynicism, their judgments, and their deranged dogmas. We must wake up. But we won’t. Not yet.

We are now forced to acknowledge that school shootings are a norm in the US. They have even become a platform for online jokes. It’s sick. And this is just what’s on the surface — what’s on the news. There are other harsh realities. Soon, we will have to acknowledge that despite humanity’s violent state of being, this is the first time in our history that children under the age of ten years old are killing themselves.

Let that sink in. Now ask yourself, has humanity’s attachment to hatred, violence, and division produced an inherent loathing within our youth? Do we live in a society that disgusts our children to the point of…? Are cynicism, division, and an ingrained culture of violence the root of the cause?

Enough of our speculation. Tunde Ogunlana will have better answers for us.

Tune-in Thursday, October 3rd at 6 PM ET for Uncreative Radio with Tunde Ogunlana to learn the agonizing truth about the toxic world we are forced to endure.

Tunde Ogunlana is a Family Wealth Advisor specialized in multigenerational planning, family governance and oversight, acquisition, and sale of a business, among other disciplines. He believes that transparency and communication are essential tools for economic success and financial longevity. To cement his career, Tunde Ogunlana earned the Series 7 and Series 66 (Investment Advisor Representative) securities registrations, as well as the Series 24, General Securities Principal registrations. Additionally, in an effort to expand his professional credentials, Tunde has earned the designation of Certified Fund Specialist (CFS), along with passing the CERTIFIED FINANCIAL PLANNER Practitioner™ exam in 2009.

Tunde has had extensive community and non-profit involvement since beginning his career in 2001. He has served on the boards of the National Association of Black Accountants, the National Basketball Retired Players Association, City of Fort Lauderdale Community Service Board, Opa-Locka Community Development Center, Broward Health Foundation Planned Giving Committee, and Big Brothers Big Sisters of Miami. He currently serves as a member of the board for the American Red Cross of Broward County, The Florida Regional Advisory Board of The Weizmann Institute of Science, and the South Florida Symphony.

Tunde Ogunlana is the star of the upcoming C&I original series Becoming Immortal.

#UNCREATIVERadio airs every Thursday at 6 PM.

Our guests are some of the brightest minds in their industry. Most are self-starters and artists doing everything they can to establish their name among the best of the best. If you have great ambitions in life, then this is your source for art, entertainment, and inspiration.