When we were young…

…we would watch old movies, stare at actors and models in photography magazines, and get lost gazing at iconic billboards. But it wasn’t the talent that we were so attracted to. It was simple for us…how did they make this? How did they make me feel what I feel?

At that moment, for most of us who work at C&I, we knew it was the behind the scenes, the crew, the forgotten ones, that we related to the most. It was where we knew we belonged.

A lot of people know our studio as an agency. It’s pretty incredible to get to work with the range of clients that we do, but when we are dreaming, we often find ourselves thinking about creating inspiring projects to change people’s perspectives.

Filmmaking is one way we do that. Our studio has made a few films in the past, but we wanted to take a big step towards making new, quality, original content. So ambitiously, in November 2017, we decided to create another film, Christmas Eve, written and directed by Joshua Otis Miller. 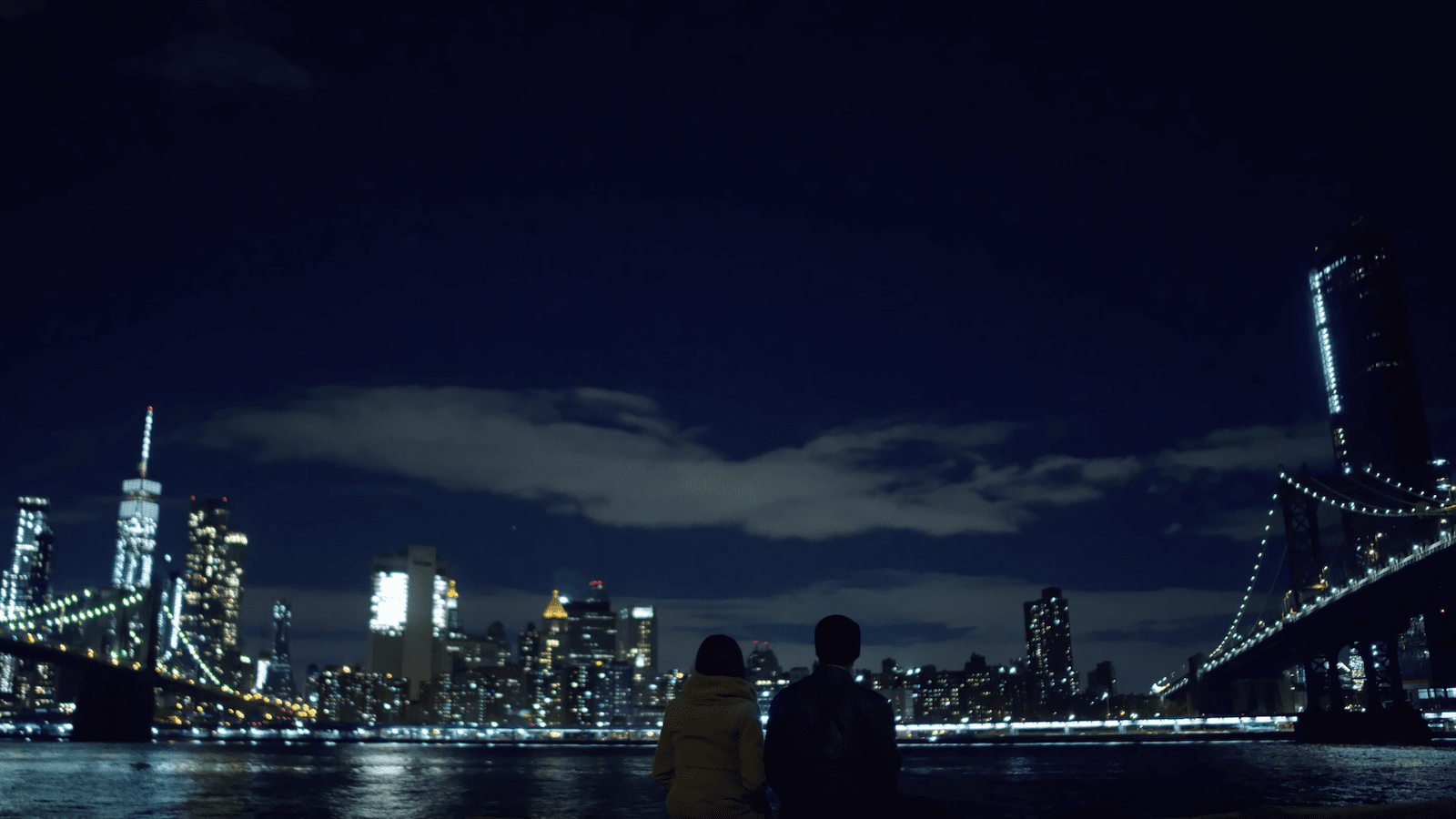 It sounds fun, but it’s really not.

Making things like this, while still doing all the client work that is required of you is very arduous task. The nights were already long and the time was already short, but regardless, our love of creating always beats sleep.

The film was written in November of 2017, and on December 14th, we started production on what we knew would be a huge challenge for us. We knew it would be a challenge because our films up until this point were manageable. Two actors, one location and a good story. Christmas Eve shook everything up. We would shoot in Fort Lauderdale, New York City, and Brooklyn at several locations, with a much larger cast than ever before.

It was last minute—a producer’s nightmare—but we were doing it. In order to keep the budget manageable, we wanted to film some scenes in Fort Lauderdale, making them look like they were shot in New York. This, in itself, was a challenge that made us work so much harder to tell this story.

The one thing we knew we didn’t need to worry about was our talent. Rafael Jordan and Elisabetta Fantone would lead this film and we knew they would be flawless.

We had worked with Rafael on C&I’s first feature film Me, You, and the Road (too embarrassed to link to that film :)). We worked with Elisabetta on our last film before Christmas Eve, The River Cabin. So, it was really awesome to reunite with both of them on our biggest project to date.

To make matters even more difficult, since we were already battling a tough schedule, we wanted to score the film before we shot it. This is of course, completely unorthodox, but we had a great connection with our composer Darren McFate and we knew he would bring something incredible to the film. And instead of grabbing music from this artist or that one, we hired and orchestra, and Darren wrote and hand crafted each note.

We started with filming in Fort Lauderdale, at the Broward Center for Performing Arts, Riverside Market and our own HQ just to name a few locations. After these first few days were done, it was time to take our talents, and our gear, to New York.

If you’re anything like us, you love gear talk, so here is what we used on this film:

And of course, everything in our huge grip truck which is called “The Tom Van” named after our DP Tom Van.

Filming in NYC is where the film got really challenging. We had two days and two nights to get through the majority of the film.

Moving all this gear around, along with our favorite character “The Bike”, throughout New York was a huge challenge. Rafael was challenged to bike everywhere, and if you’ve seen the film, his character is generally rushing everywhere. Thankfully, Rafael is super fit and was ready to bike over and over and over again take after take.

One of our favorite scenes is the scene with Yolanda.

Carolyn Johnson is an actress from South Florida that we flew to NYC to do this scene, and from the moment that she stepped on the set we knew this scene would be really special. The way that she delivered the lines “I can see you Michael” really became a keystone moment of the film.

Shooting all day is one thing, shooting at night was another. And the kicker was, we were a crew of Floridians shooting in the freezing cold.

Spending so much time outside, standing on set—and for a small production like ours without trailers and stand-ins—was a big challenge for our talent. We all just pushed through.

On the last day of filming, our backs were up against the wall to get the final eight scenes. That morning, though, we knew we had a problem. When Rafael woke up, he didn’t have a voice. All of the biking, and the cold wind hitting his neck caused him to get sick and lose it. We pushed through for the rest of the day, passing him whiskey and honey to drink, hoping that his voice would return for the all the night scenes we had to do around 2 AM.

But at night, it didn’t get any better. And we had the horrible decision to make; either continue shooting the film and have a lead character without a voice, or stop filming, miss our Christmas Eve deadline and finish it…later.

We chose to stop. And it killed us.

Our excitement just died and it was a very lonely somber flight back to Fort Lauderdale, knowing that what we set out to accomplish… we didn’t.

We wanted to make it work, but our agency work was demanding our attention, and we knew chances were slim to none for all our schedules to line up again in the next few days. We had no choice but to wait a year to complete the film.

An entire year of just being…paused.

Projects went by, our agency work got very busy. We were shooting and editing a lot this year, lots of ad campaigns, television commercials traveling to cities across the country. It was busy. But our producers held us together, and they pushed the entire year to get us back on track. And in November we were back in NYC with more time, thicker jackets, a bigger and better crew, and we finished this film. We still had issues, of course. We got kicked out of locations, rain and snow ruined the first day of the shoot, but we made it all work. And now, finally, December of 2018, we are releasing this labor of love.

If you watch the film, there is a scene of Michael and Eve walking under all of the magical lights….it was slippery and icy as we filmed that scene, but with a few camera tricks and awesome acting, you would never know it. Movie Magic is a real thing.

Filming that last scene was unreal. To be standing there, between the Brooklyn and Manhattan bridges, knowing that we were on the last shot—finally.

To us, our cast and crew were absolutely heroic. The ones that believed in this project before it was tangible. The ones that believe in creating meaningful projects with purpose to challenge us, inspire us to be better versions of ourselves. So much has to come together to make a film perfect, and to us, everything does because of one thing.

It has always been the crew. Not the gear, or the location…the crew.

So, while most people are looking at the Colin Firths and Meryl Streeps of a film, remember the blood, sweat and sacrifice that the crew put in to make your favorite scenes come to life and the names that you scroll over in the credits embody the same spirit as the people that work in our studio. Our work is often unnoticed and forgotten, but this—this is our love. Telling stories is always about letting the story itself shine, and that requires the storytellers to stay in the background.

True magic isn’t solely made out in front, on display…it’s built upon a foundation of effort in the shadows. It’s built upon individuals choosing to press in, dig deeper, and require more of themselves.