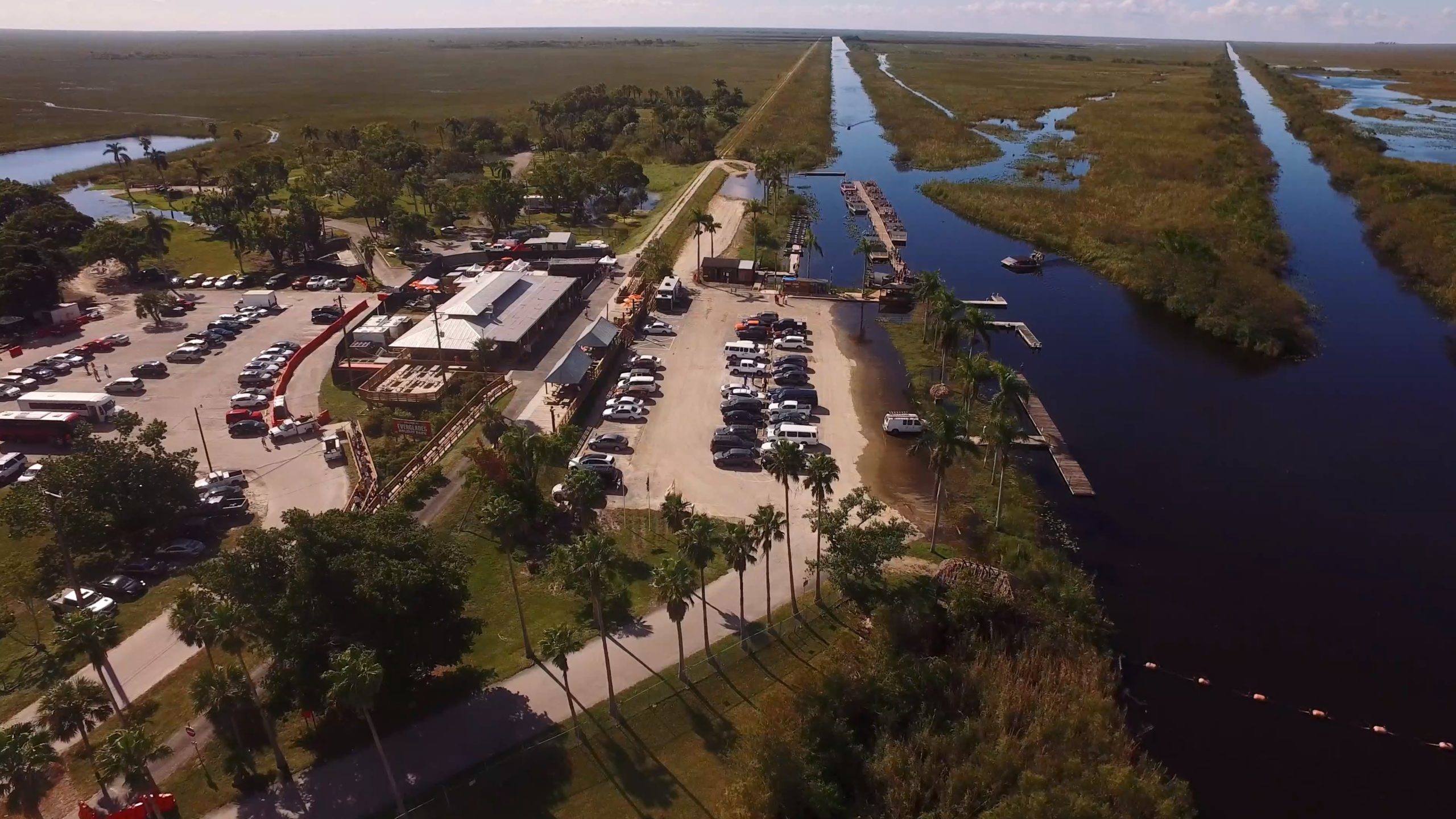 Everglades Holiday Park is a wildlife education and entertainment experience in the Florida Everglades.

The mission of the park is to protect Florida’s most prized ecosystem while educating and exciting guests from all around the world through immersive activities, wildlife shows, interviews, and more.

When we first started working with Everglades Holiday Park, they were working to build authority in their profession and establish their name among the top wildlife parks in the region. With these business goals in mind, we created and executed annual marketing strategies designed to showcase their unique involvement with local wildlife, the guest experience, their attention to environmental stewardship and preservation, and the vibrant personalities that create such a welcoming and memorable adventure.

To achieve these goals, we created a strategy that involved detailed social media marketing complete with monthly video production, graphic design, and photography. Our team planned Everglade Holiday Park’s social media campaigns and managed tens of thousands of engagements from all over the world.

When we identified the impact that social media marketing would have on Everglades Holiday Park’s overall business strategy, we made this our number one priority.

Our strategy focused on organic marketing and a playful menu of media content (video, graphic design, and photo) to drive user participation and followership. By treating Everglades Holiday Park’s social media as an extension of the guest experience, we were able to reengage social media users who had recently visited the park, as well as excite and pique the interests of users who lived in or were visiting Florida.

One of the key elements in the overall strategy was sharing fun and educational media to establish Everglades Holiday Park as a thought leader in wildlife preservation. This greatly increased audience participation on Instagram and Facebook and allowed us to discuss the function of the park and the involvement of the staff in more detail.

One of the great benefits of our strategy was the ability to teach Everglades Holiday Park’s audiences about the many areas in which they cater to the local environment. There is much more to the park than alligator shows and airboat tours. We chose to bring this to the very forefront of communication. Sharing fun and engaging content like this created the foundation for EHP’s online community, who regularly engage one another and act as brand ambassadors to the park. 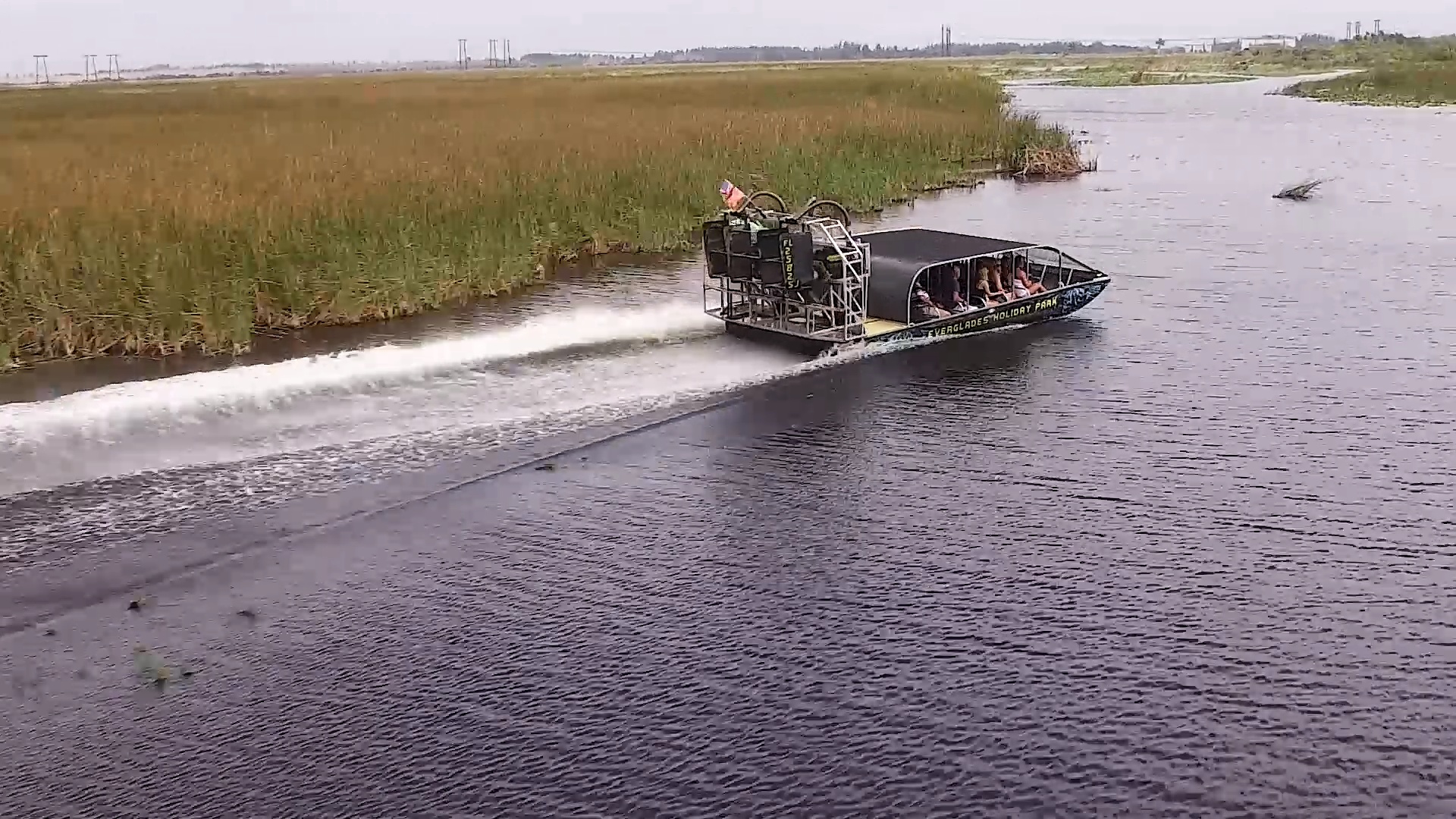 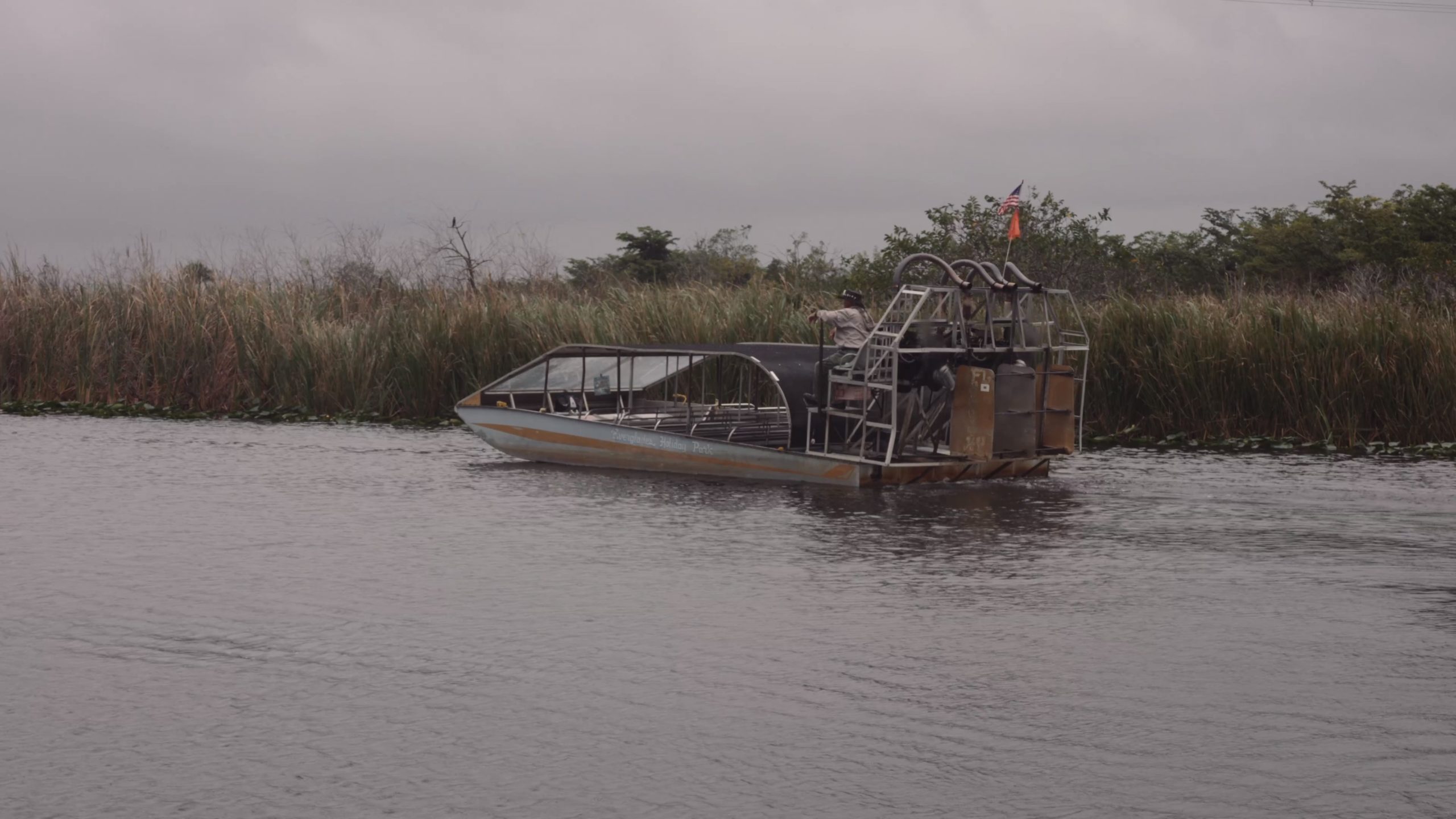 THE GATOR BOYS (AND GAL)

The Gator Boys are the main attraction at Everglades Holiday Park.

There are often misconceptions associated with alligators. Many people who have never interacted with them fear them because they simply don’t understand their nature.

The Gator Boys seek to change the public’s perception and to teach Florida locals and visitors not to fear alligators but to respect them and their environment. Their shows are a balancing act between adventure, suspense, and education. Daring maneuvers are performed with live alligators to show the majesty of these creatures and to teach the general public more about them.

Once The Gator Boys became the face of the park, we chose to keep them at the forefront of EHP’s social media. Over time, as their reputation became more widespread and the content associated with them increased in popularity, we were able to incorporate more species of wildlife into the content structure, such as information about snakes, birds, and mammals. 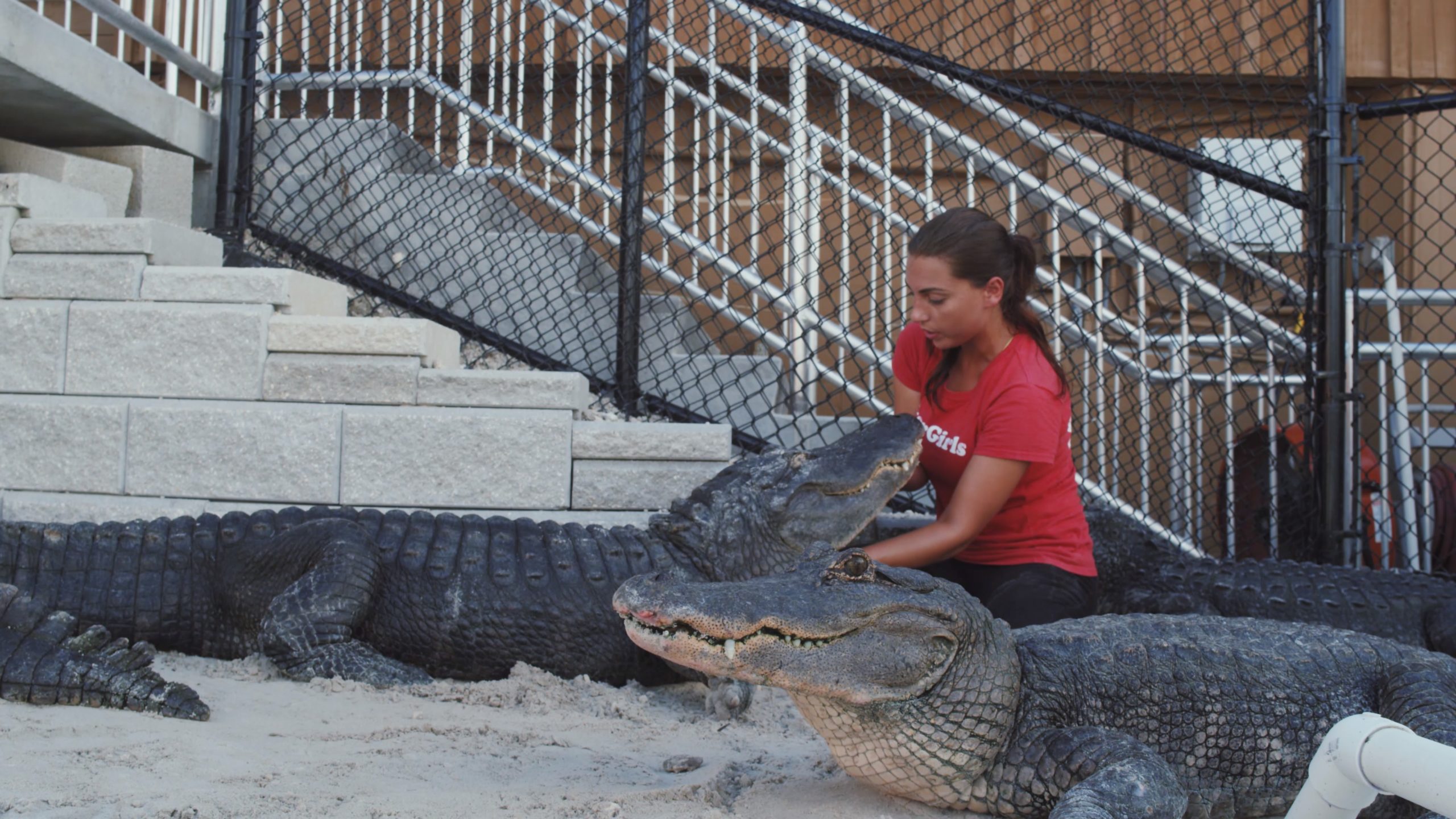 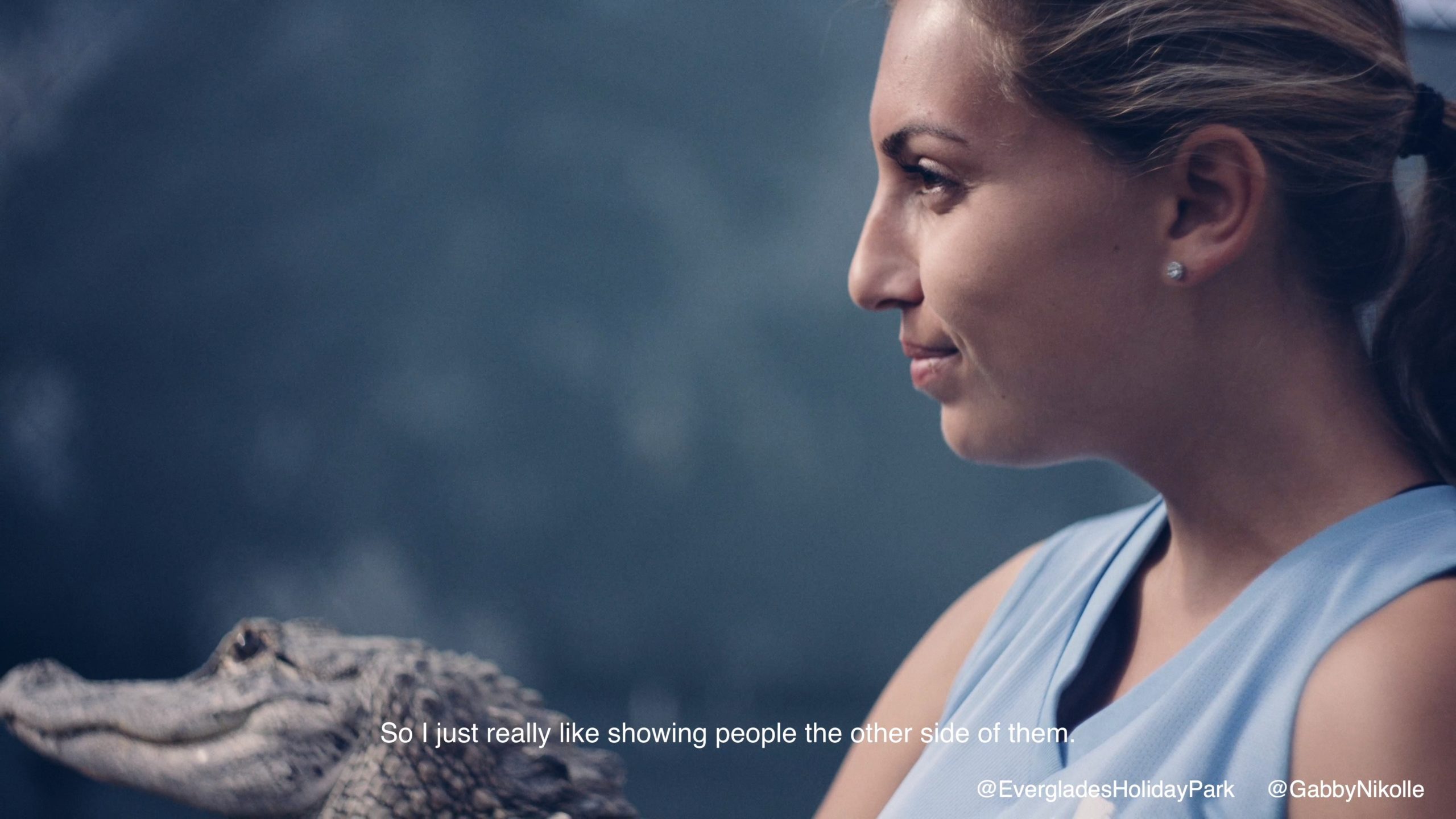 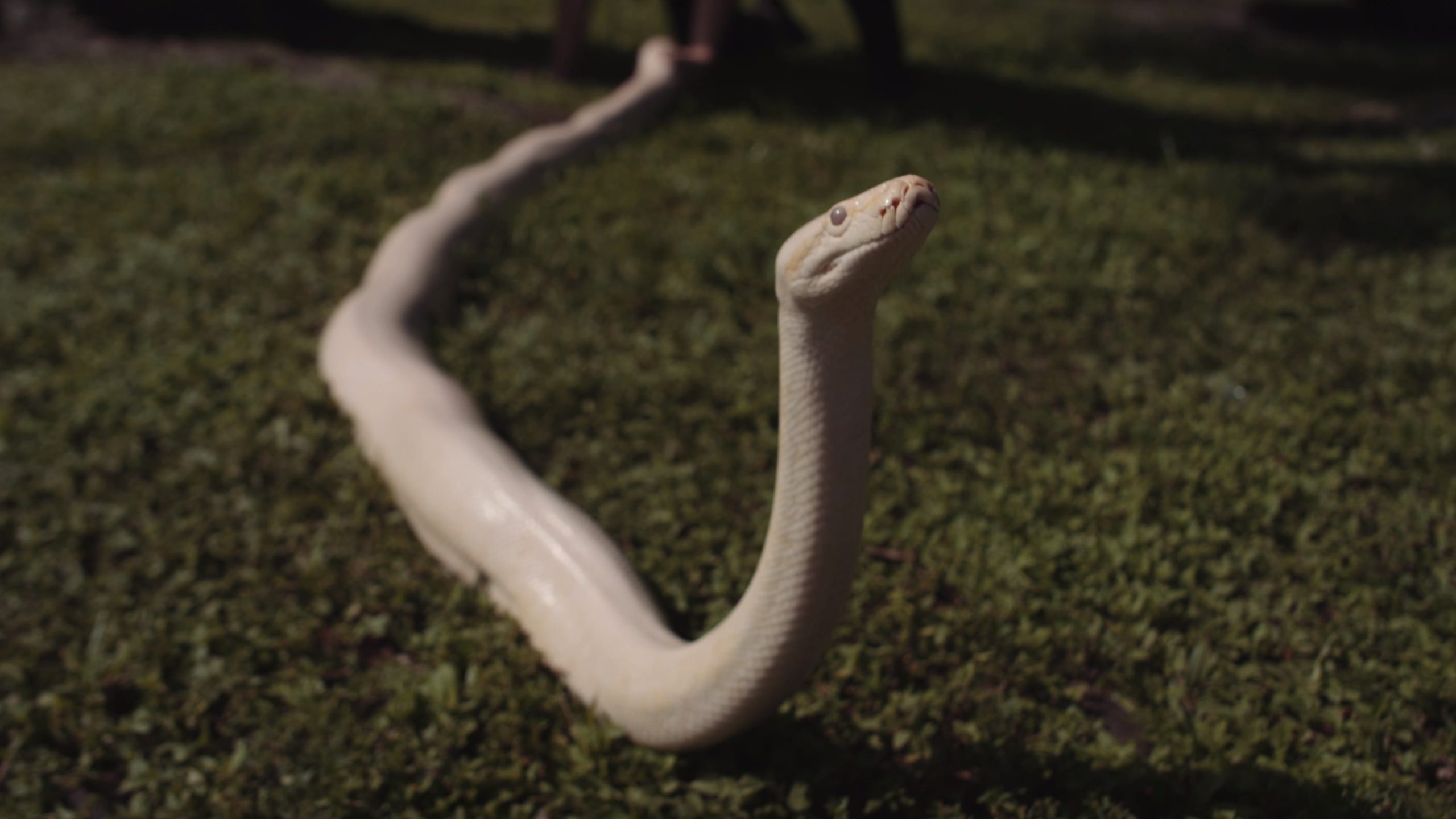 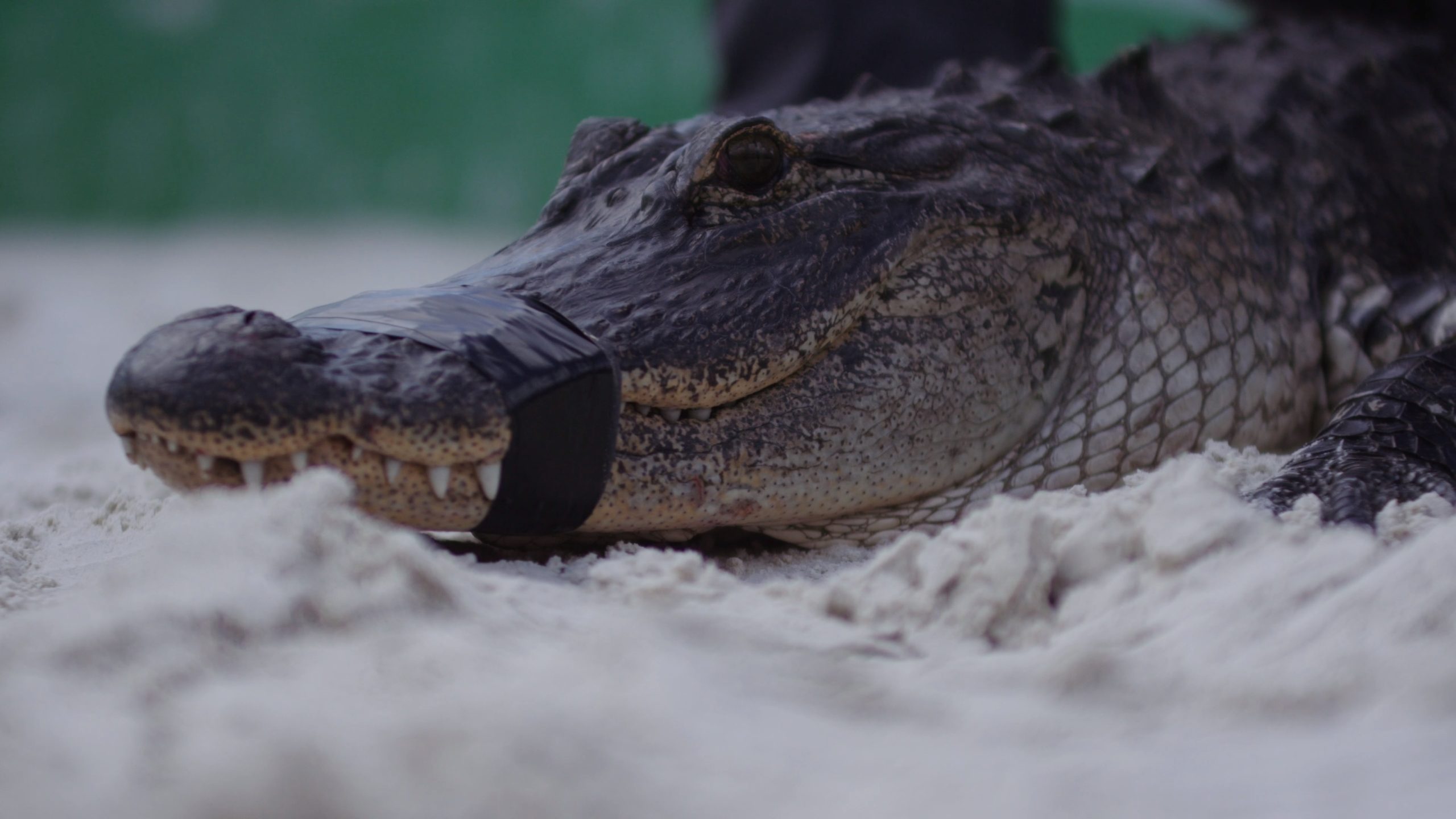 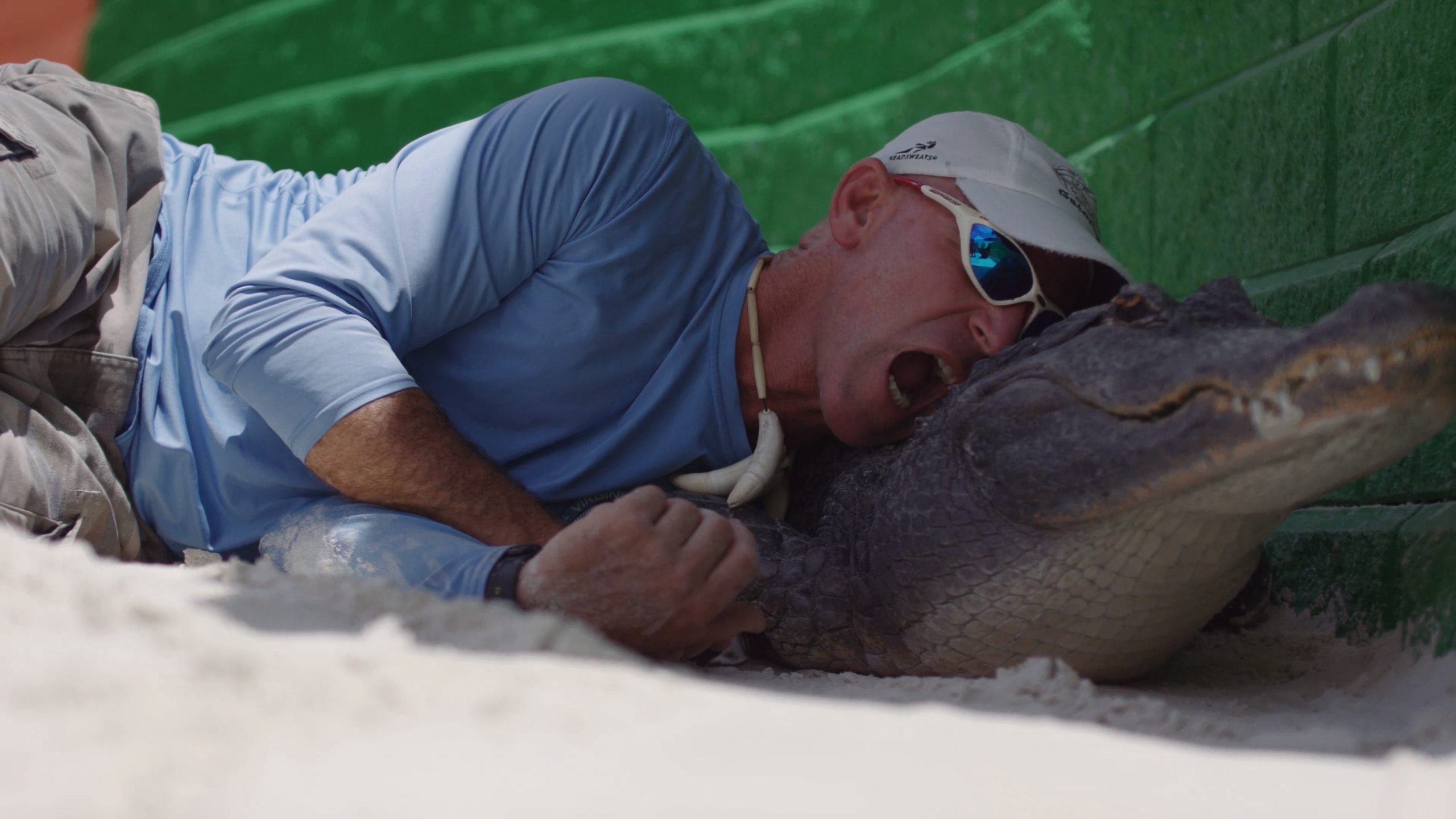 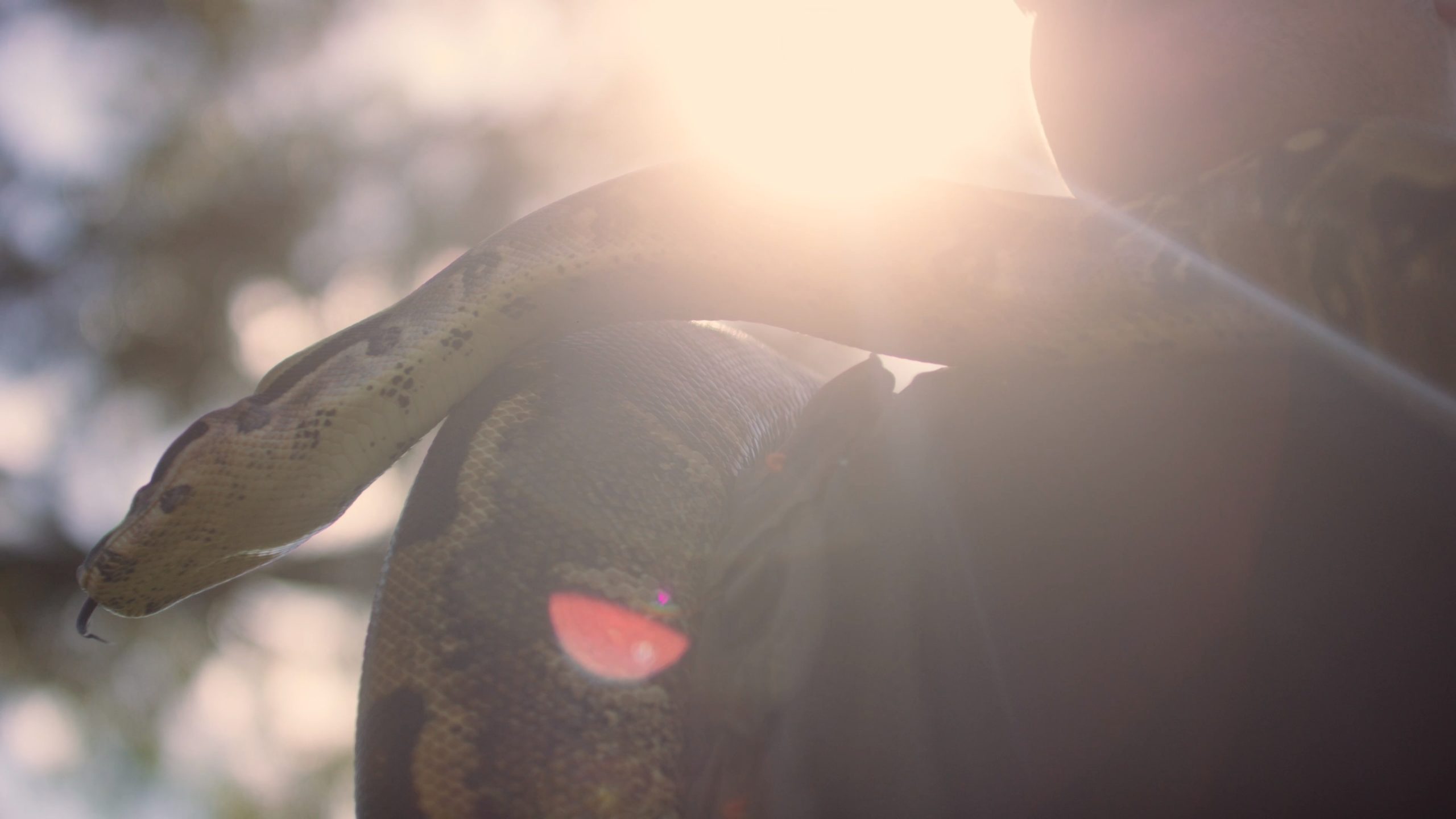 Everglades Holiday Park interacts with a massive community through social media. Many of their most loyal audience members have visited their park, but there are a ton of people who are following their accounts that have yet to visit. These consumers are still in the consideration phase of EHP’s marketing funnel, so sharing content that will appeal to and interest them is a major focus in our overall strategy. To convert these warm leads, we often share sneak previews of the live gator shows performed by The Gator Boys. This type of content leads to a few different outcomes, which are crucial for driving sales: 1) it sparks conversations amongst our followers, who in turn advocate on behalf of EHP; 2) it encourages warm leads to seek out additional information about the park or book tickets outright; 3) it helps to reinforce the love our online community has for the brand; 4) it increases the recognition of The Gator Boys (essentially bolstering the power of this marketing funnel).

Below are some of the snapshots we’ve shared on social media to keep The Gator Boys in the limelight and to help increase foot traffic to the park and loyalty amongst our most dedicated fanbase.

Everglades Holiday Park has a diverse online following, but, as you would expect, many of their followers are younger. To appeal to EHP’s younger following, we created goofy comics that personified their mascot. These comics received a ton of engagement and were essential in showing the family-friendly atmosphere and lighthearted personality signature to the park.

We grew Everglades Holiday Park’s Instagram to over 50k followers since taking over.

Our success can be attributed to the type of content we shared with their audience. In addition to the educational content featuring The Gator Boys and other staff, we included goofy media that coincided with seasonal themes and social themes to give our audience more reason to follow EHP’s account.

These were often done through graphic design and leaned heavily on pop culture and cult fiction.

These messaging segments greatly increased user participation, raising engagement across the board. With more likes and comments on every post, we had a rare opportunity to create hilarious graphics and videos. Ultimately, this new collection of media showed EHP’s audience that the guest experience was enjoyable for adventurers of all ages and that EHP offered a totally unique journey through the Florida Everglades.

All in all, the inclusion of this media provided our audience playful breaks between realistic media, which helped diversity our content structure and the type of engagement we received from our audience. 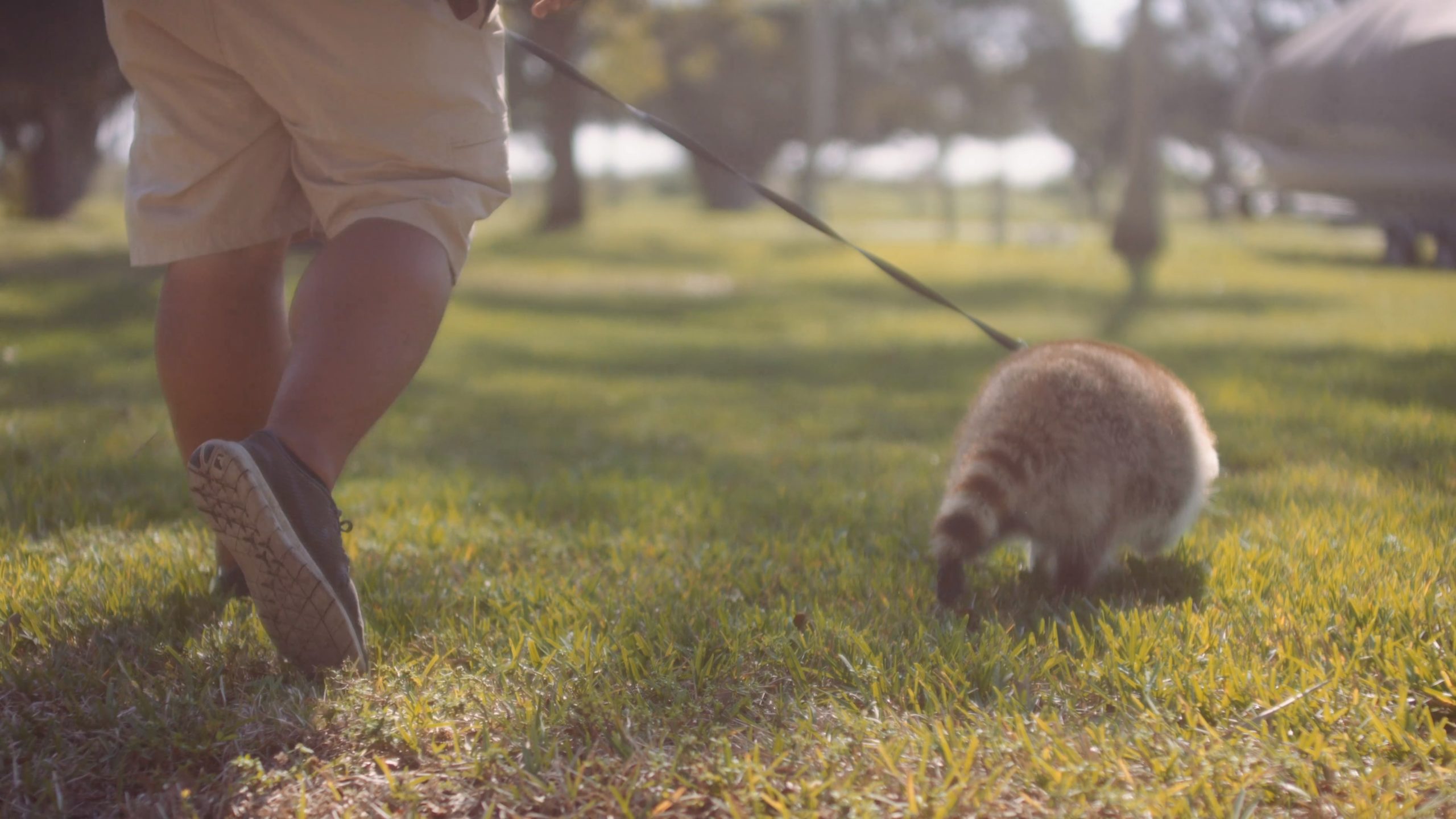 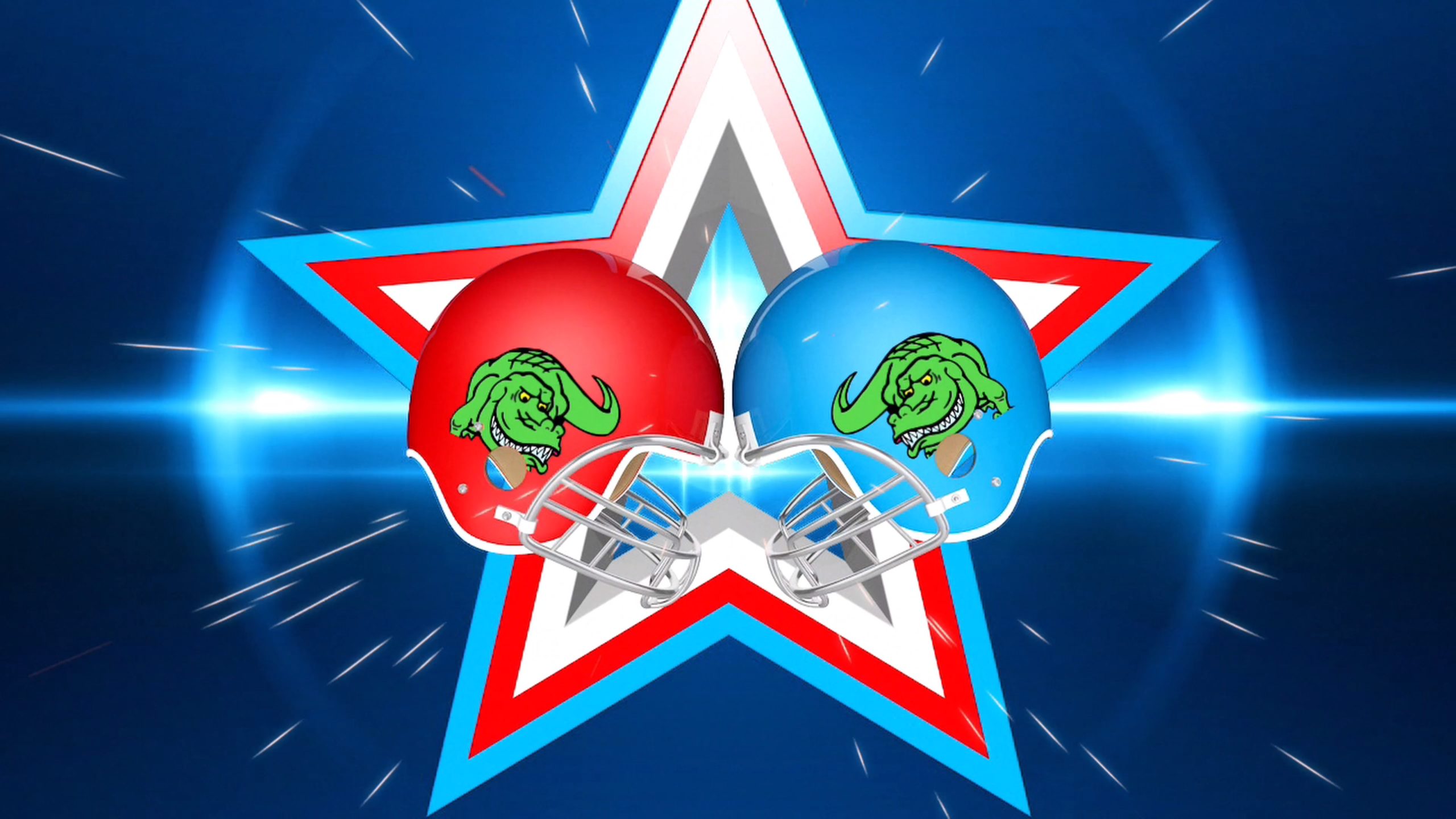 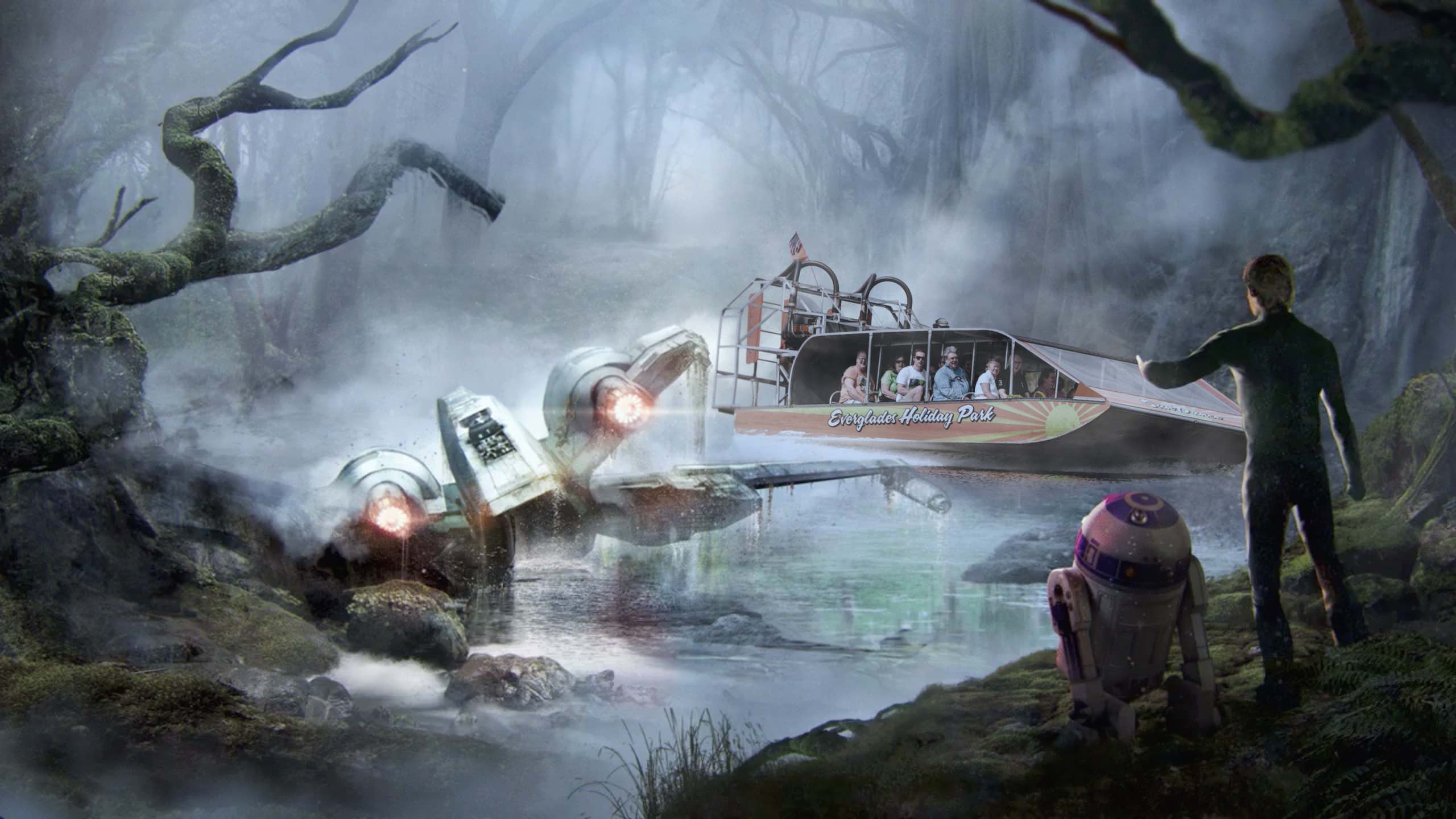 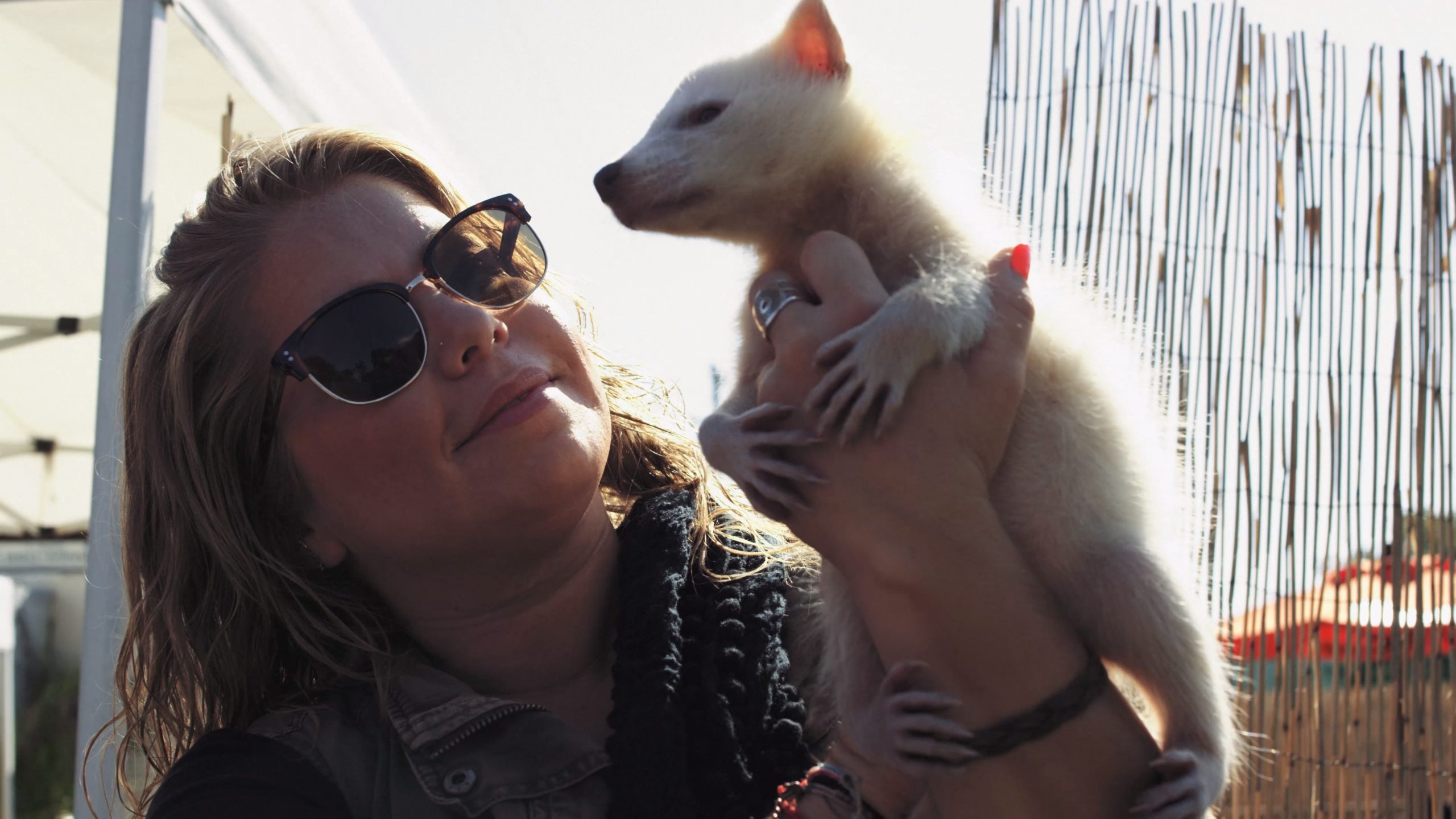 Another significant focus in our content structure was showcasing the guest experience.

This type of content was purposed to encourage user participation in social media. By showcasing the guest experience, we found that users were more likely to comment on our social media content and share their adventures with the community. Not only did this increase traffic to Everglades Holiday Park, but it also helped to market their attractions, like airboat tours, the petting zoo, and gator shows.

The involvement we received from EHP’s audience also helped with our online customer service. With tens of thousands of questions and comments to answer weekly, having users answer guest inquiries became a major advantage.

This level of community building also aided in increasing the amount of 5-star Google and Yelp! reviews, which led to EHP ranking higher on Google.

Below are some examples of the media we created to showcase some fan favorites, like airboat tours, wildlife encounters, and EHP’s beloved petting zoo.